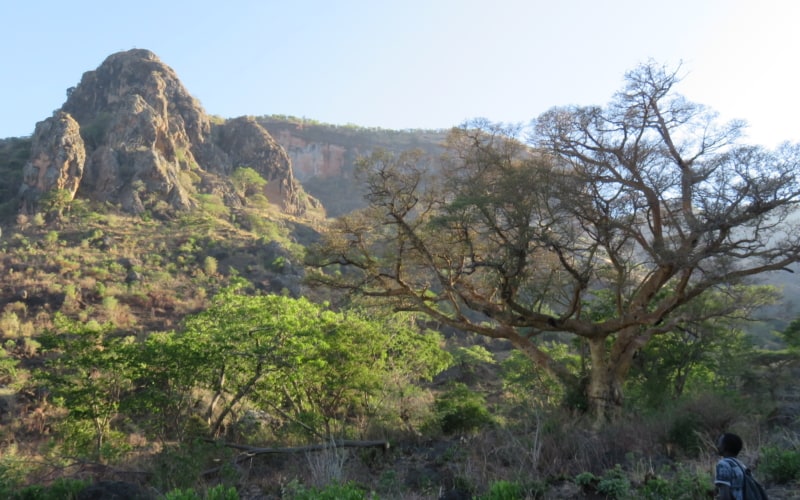 In Uganda, and Africa more broadly, indigeneity is less prominent in politics than in other parts of the world. So while Uganda’s great ecological diversity is internationally renowned, the cultural richness mirrored in the diversity of Indigenous Peoples and practices is unfamiliar to most. Whether pastoralists of the plains like the Karimojong or farmers and hunter gatherers from forests and mountains like the Ik, Batwa and Tepeth, each group has suffered severe long-term impacts from policies promoting conservation, development, agriculture, forestry and mining.
INDIS in Uganda centres on Moroto District, Karamoja, specifically areas inhabited by Tepeth (or Soo) who traditionally inhabit Karamoja’s mountain ranges. Partners include Makerere University (Dr. Patrick Byakagaba), the Uganda Land Alliance, the Karamoja Development Forum, The Cross-Cultural Foundation of Uganda and the Environmental Management for Livelihood Improvement Bwaise Facility.
Karamoja receives considerable national and international focus from the state, donors and NGOs due to issues of poverty and food insecurity, particularly in the face of sporadic drought and climate variability, yet the perspectives and knowledge of Indigenous Peoples have been overlooked. As a result, social and environmental benefits are often short-lived or unrealised and many external programs are even perceived to do more harm than good.
Karamoja is also a nucleus of extractive industry activity due to its considerable mineral wealth, with over 50% of Karamoja already under mining licenses. Currently few benefits are gained while acute environmental and social costs are incurred by local communities, who have little influence over land-use decisions, despite the common situation that mining and quarrying licenses override their customary land tenure.
Potential policy developments through which we aspire to elevate the voices of Karamoja’s Indigenous Peoples include: ongoing development of national Rangeland, Pastoralist and Environment policies; piloting of Communal Land Agreements to support recognition and security of customary tenure within Karamoja; participatory processes to inform the third 5-year National Development Plan; ongoing development and response strategies of donors, NGOs and UN agencies in the region; approaches to SDGs and Nationally Determined Contributions towards the Paris Agreement on Climate Change; discussion surrounding the Extractive Industry Transparency Initiative within Uganda; early efforts to develop governmental capacity around Indigenous issues and a specific Indigenous Peoples policy.
The documentary below, called ‘UnderMining Karamoja’, was released by the Karamoja Development Forum in March 2019 and explores the impacts of 20 years of industrial mining on socio-economic development and land rights of Indigenous Peoples in the region.
The Team
Simon Peter Longoli (& colleagues), Karamoja Development Forum
Patrick Byakagaba, Makerere University
Neil Dawson, University of East Anglia

The Cross-Cultural Foundation of Uganda